The verification of radioactive source positioning during brachytherapy

Elgoline Ltd participates in this project as a co-financer according to the contract no.: U1-BL-F9-17/07, as well as in accordance with the work programme. The development project is a response to the demand for the miniaturisation of electronic components, which requires printed circuit boards with a high density of lines (the line width of 50 microns) and a high mechanical flexibility (Kapton-based materials). The prototype represents a usability test of the new circuit board manufacturing technology.

The objective is to develop and design a device for determining the position of Ir 192 radioactive source in the patient during brachytherapy. The device will be based on imaging the source through a shutter, and the detection of photons with silicon spatially-sensitive detectors which have been developed for detection in elementary particle physics. It will enable the positioning of the source with a resolution of approximately 1 mm on a second time scale. Thus, we would provide an immediate response to the establishment of high deviations from the planned and actual position of the source as well as a more precise comparison between the planned and actual dose distribution within the tumour. The integration of silicon sensors with sufficient spatial resolution demands the use of flexible circuit boards with a high density of lines and the new connection technologies between the detectors and circuit boards. Since the development of these technologies also opens possible applications in other areas, our company has co-financed the project as per the contract. 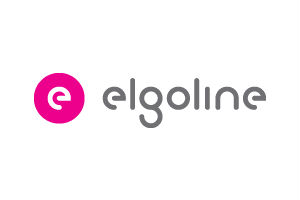 Development and construction of a device that determines the position of radioactive sources in patients during brachytherapy. 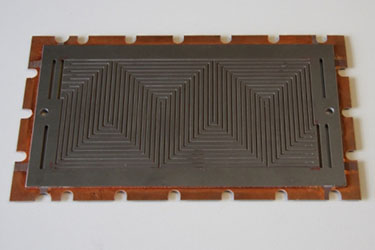 We made prototypes of bipolar plates for the conversion of electricity into the chemical energy of hydrogen. 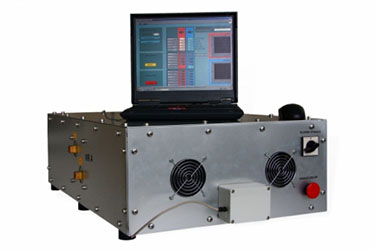